Find out more about our Covid information

Gildersome is a village and civil parish in the City of Leeds metropolitan borough 5 miles (7 km) south west of Leeds city centre in West Yorkshire, England. Historically part of the West Riding of Yorkshire, it is situated midway between Leeds, Wakefield and Bradford but is considered part of Morley in the LS27 Leeds postcode area while the village telephone numbers are “0113”, the Leeds prefix.

Gildersome was an urban district, established in 1894. In 1937 it was absorbed into the Municipal Borough of Morley. In 1974 the borough was abolished and combined with neighbouring authorities in the City of Leeds. Although the village is still classed as part of the Morley urban area in the census, it is technically separate, and is not governed by Morley Town Council. In 2004 a civil parish was established and the village now has a Parish Council. Gildersome is in the Morley North ward, which elects three councillors to Leeds City Council, and is in the Morley and Outwood parliamentary constituency. 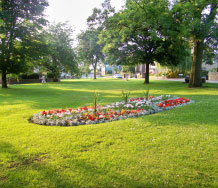 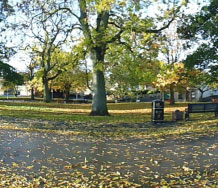 Gildersome is one of the highest parts of the Leeds district area at 561 feet above sea level (Harthill). The M621 motorway begins at M62 motorway junction 27 which is Gildersome. The A62 Leeds to Huddersfield (Gelderd Road) also runs by the village.
Gildersome has many services such as a library, doctors, fast food restaurants, laundrette and a small Co-op store. A playground sits next to the library. A war memorial is situated on the village green. Perhaps slightly unusual for a village of its size, it has always had a number of schools, right through its history. At present, there are two primary schools; Gildersome Primary and Birchfield County Primary. The schools are both feeder schools to a range of high schools in the area, as the village is located centrally between the likes of Farnley High School and the Morley schools.

Gildersome has a largely sporting community, especially within football and cricket sectors. The village team, Gildersome Spurs, trains and plays teams in football from an early age, and holds an annual gala.

The Sports Club (formally the cricket club), located at the top of Street Lane, has been successfully operating for decades. In 2007, they broke records, when their junior team played four matches, one in each country in the space of 12 hours, a feat which was recorded by local and national media. In September 2007 Gildersome entered rugby league with a team playing in the CMS Yorkshire league Division.

The Grove sheltered housing complex, for our older residents, has been established in Gildersome for many years. As has the Pensioner’s Club, who hold their weekly ‘get-togethers’ every Wednesday at Gildersome Meeting Hall. This group not only provides a meal and entertainment, it also gives support and companionship to older residents who may live on their own. 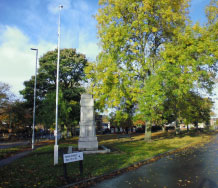 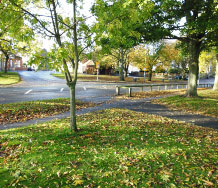 Gildersome is one of the few villages in the area to have a Village Green. It is not only a picturesque feature of the village, it also provides a focal point for village occasions, such as Remembrance Sunday and the annual Scarecrow Festival.

Find out more about the history of Gildersome

Keep up to date with the latest news from the Gildersome Parish Council. 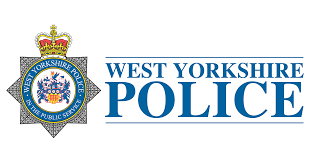 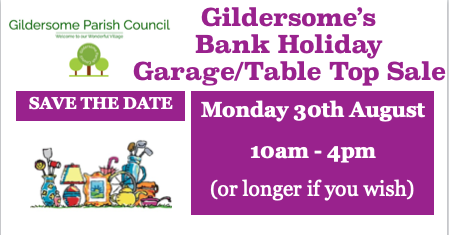 SAVE THE DATE… and start organising your cupboards! Monday 30th August 10am-4pm

Need to apply for a grant?

The Parish Council regret that they cannot fund applications from individuals.

Please complete the form to apply for a grant, and we will be in touch.

Do you want to make an enquiry?